In a huge victory for the right to privacy over the need of law enforcement to investigate crimes, the United States Supreme Court unanimously ruled that unless exigent circumstances are present, police may not search the cellphones of criminal suspects without a warrant. Riley v. California (2014)(the current cases are U.S. v. Wurie (13-212) and Riley v. California (13-132)). Chief Justice John Roberts writing for the court stated: “We cannot deny that our decision today will have an impact on the ability of law enforcement to combat crime.” The government’s reach into private data of an accused becomes increasingly more complicated and complex with each new technological advance.The police now won’t be able to touch a suspect’s cellphone until they apply for a warrant. “Privacy comes at a cost.”

The Fourth Amendment to the Constitution protects against “unreasonable searches and seizures” but allows the government in limited circumstances to intrude into our privacy rights for the preservation of evidence and for safety concerns. Police can conduct initial pat-downs of individuals for weapons to ensure officers’ safety as well as perform warrantless searches of individuals and motor vehicles following an arrest to prevent the destruction of evidence. In Chimel v. California (1969), the U.S. Supreme Court held police were permitted to perform a warrantless search of a person arrested and the area within their immediate control “in order to remove any weapons that the [arrestee] might seek to use in order to resist arrest or effect his escape” and to prevent the “concealment or destruction” of evidence. In Arizona v. Gant (2009) The U.S. Supreme Court ruled that the police can search a car following arrest only if the person arrested “could have accessed his car at the time of the search.” In Maryland v. King (2013), the high court ruled in favor of crime investigation when it held that police can swab a suspect’s cheek to obtain a DNA sample to put into an unsolved crimes database arguing that it was like fingerprinting and photographing; a legitimate police booking procedure that is reasonable under the Fourth Amendment.

In the Massachusetts and California cases that went before the court, criminal suspects were convicted, in part, after phone numbers, text messages, photos and addresses obtained from smart phones linked them to drug and gang activity. The Supreme Court ruled that these smart phones were not in the same category as wallets, briefcases, and vehicles and indicated that “[m]odern cell phones, as a category, implicate privacy concerns far beyond those implicated by a cigarette pack, a wallet or purse.” Cellphones will no longer be subject to a limited initial examination by law enforcement. Police can no longer collect what they believe is relevant to the crime from a cellphone until they obtain a search warrant – a clear victory for privacy rights.

Before the advent of smart phones, a search of a person was limited by what was found on the arrestee’s immediate person and the court ruled that any intrusion into those items was minimal and considered an exception to the warrant requirement. Warrantless cellphone searches were allowed in Massachusetts under the premise that the search of the phone was covered by the search incident to the arrest exception to the Fourth Amendment warrant requirement, which permits “searching for weapons, instruments of escape, and evidence of crime when a person is taken into official custody and lawfully detained.” Commonwealth vs. Phifer, 463 Mass. 790 (2012).  The SJC held that checking the arrestee’s cell phone call history in order to discover evidence of the crime of arrest was acceptable when police had probable cause to believe the search of the cell phone would reveal evidence of crime.

The Supreme Court recognized the unique nature of cellphones, which can digitally record nearly every aspect of a person’s life, to be more like microprocessors which also happen to operate as telephones, and ruled that they are fundamentally different than other personal items carried by a person. With the touch of a button one can review banking records, medical history and private conversations that can go back for years. The fact that so much data can be stored on such a small device does not make it any less worthy of the protection of the Fourth Amendment.

Steven J. Topazio is a Boston Criminal Attorney with offices located in at 10 Winthrop Square, Suite 4100, Boston, MA 02110, and can be contacted via Web: www.topaziolaw.com or Email @ stopazio@topaziolaw.com

If caught shoplifting, the merchant may notify you of its intent to seek damages by sending you a CIVIL DEMAND LETTER. This civil claim is separate from, and in addition to, any criminal action that might be prosecuted. Massachusetts General Law c 231 § 85R ½ gives a merchant the right to file a civil action for the recovery of damages for larceny or attempted larceny. According to statute, anyone stealing or attempting to steal merchandise shall be liable in tort to the merchant for damages for not less than fifty nor more than five hundred dollars in addition to any actual damages incurred.
END_OF_DOCUMENT_TOKEN_TO_BE_REPLACED

If caught shoplifting, the merchant may notify you of its intent to seek damages by sending you a CIVIL DEMAND LETTER. This civil claim is separate from, and in addition to, any criminal action that might be prosecuted. Massachusetts General Law c 231 § 85R ½ gives a merchant the right to file a civil action for the recovery of damages for larceny or attempted larceny. According to statute, anyone stealing or attempting to steal merchandise shall be liable in tort to the merchant for damages for not less than fifty nor more than five hundred dollars in addition to any actual damages incurred.
END_OF_DOCUMENT_TOKEN_TO_BE_REPLACED

Getting a traffic ticket can affect you for years with hikes in your car insurance on top of steep fines.  If you receive a traffic citation you have two options.  You can pay the ticket or you can consider hiring an experienced traffic ticket lawyer who knows the court system and traffic laws to help you contest your ticket.

If you receive a speeding ticket or other traffic violation, Boston Traffic Ticket Attorney Steven J. Topazio, www.topaziolaw.com, knows that the 2 points you will receive from a speeding ticket can raise your insurance premiums 30 percent and is reason alone to fight for a dismissal.
END_OF_DOCUMENT_TOKEN_TO_BE_REPLACED 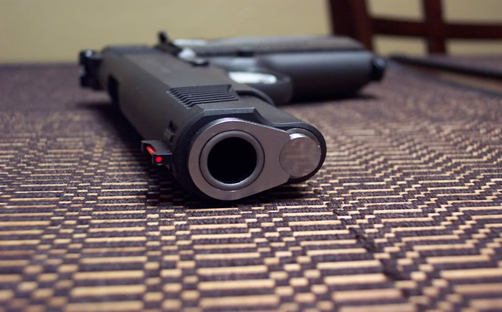 According to Massachusetts law, a non-resident can carry a handgun in or through Massachusetts for the purpose of attending a competition, or attending a meeting or exhibition or organized group of firearm collectors or coming to Massachusetts for the purpose of hunting. “Carrying a Handgun” actually means possession of that weapon, unloaded, and locked in a case not accessible to the owner. A nonresident cannot carry a firearm on his person in Massachusetts for protection unless he or she is licensed to carry a firearm in Massachusetts. In Massachusetts, even if passing through the state, no person shall possess an assault weapon or a large capacity feeding device that was not otherwise lawfully possessed on September 13, 1994. Likewise, possession of large capacity magazines is also prohibited unless lawfully possessed on September 13, 1994. According to Massachusetts law, no person possessing a large capacity rifle or shotgun under a Class A or Class B license issued under section 131 or 131F shall possess the same in a vehicle unless such weapon is unloaded and contained within the locked trunk of such vehicle or in a locked case or other secure container. Mass General Law c.140 §§121, 131C, 131M.

A well regulated Militia being necessary to the security of a free State, the right of the people to keep and bear Arms shall not be infringed.

Nevertheless, if you are a nonresident of Massachusetts but licensed to carry a firearm in a different state, you will be subject to Massachusetts governmental rule when passing pass through Massachusetts.

Any person who is not a resident of the commonwealth may carry a pistol or revolver in or through the commonwealth for the purpose of taking part in a pistol or revolver competition or attending any meeting or exhibition of any organized group of firearm collectors or for the purpose of hunting; provided, that such person is a resident of the United States and has a permit or license to carry firearms issued under the laws of any state, district or territory thereof which has licensing requirements which prohibit the issuance of permits or licenses to persons who have been convicted of a felony or who have been convicted of the unlawful use, possession or sale of narcotic or harmful drugs; provided, further, that in the case of a person traveling in or through the commonwealth for the purpose of hunting, he has on his person a hunting or sporting license issued by the commonwealth or by the state of his destination. Police officers and other peace officers of any state, territory or jurisdiction within the United States duly authorized to possess firearms by the laws thereof shall, for the purposes of this section, be deemed to have a permit or license to carry firearms as described in this section.

In most states, firearms may be transported legally if they are unloaded, cased, and locked in the automobile trunk or otherwise inaccessible to the driver or any passenger. As soon as any firearm is carried on or about the person, or placed loaded or readily accessible in a vehicle, you will violate Massachusetts’s firearm laws. MGL c. 269 section 10.

Attorney Steven J. Topazio is an experienced and accomplished weapons violation attorney who has been representing individuals charged with gun and firearms charges in Massachusetts for over 25 years. 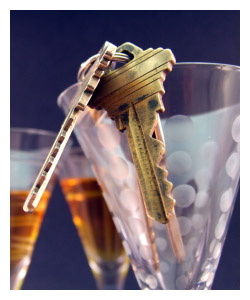 If you have been arrested, you should prepare a detailed timeline of the events leading up to your arrest. This is an easy way for you to see what evidence may be missing and a good starting point for your attorney to begin his evaluation of the strengths and weaknesses of your case. Your attorney will review your timeline and analyzes the evidence in your case so as to develop a case theory. By being involved in your case you will be better positioned to confront both the positive and negative aspects of what the Commonwealth must prove. END_OF_DOCUMENT_TOKEN_TO_BE_REPLACED 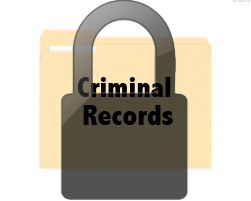 Sealing your criminal record if done correctly is a good idea. Massachusetts CORI law was recently reformed in May of 2012 so as to make sealing your criminal record easier.  A CORI that is not sealed allows employers to view records of all court events, even if your case was dismissed or you were found not guilty. Under the new iCORI law that went into effect on May 4, 2012, on a going forward basis, most employers will only be able to access information related to pending arrests and charges that resulted in a conviction, limited to the past ten years for felonies and the past five years for misdemeanors. The new iCORI law will not affect any record created prior to the passage of the iCORI Act. END_OF_DOCUMENT_TOKEN_TO_BE_REPLACED 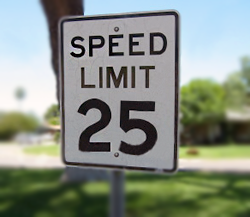 Getting a speeding ticket is never fun and all your options stink.  If you procrastinate, you will be assessed a late fee after 20 days. You cannot ignore this ticket.